The Samburu National Reserve is a game reserve on the banks of the Ewaso Ng'iro river in Kenya. On the other side of the river is the Buffalo Springs National Reserve. The park is 165 km² in size and is situated 350 kilometers from Nairobi. It ranges in altitude from 800 to 1230m above sea level. Several large game species common to Kenya's northern plains can be found in abundance here, including the following dry-country fauna: gerenuk, Grevy's zebra, oryx and reticulated giraffe. All three big cats, the lion, cheetah and African leopard can also be found here, as well as the elephant, Cape buffalo and hippopotamus. Other mammals frequently seen in the park include olive baboon, warthogs, Grant's gazelle, Kirk's dik-dik, impala, and waterbuck. The rhinoceros population is no longer present in the park due to heavy poaching. 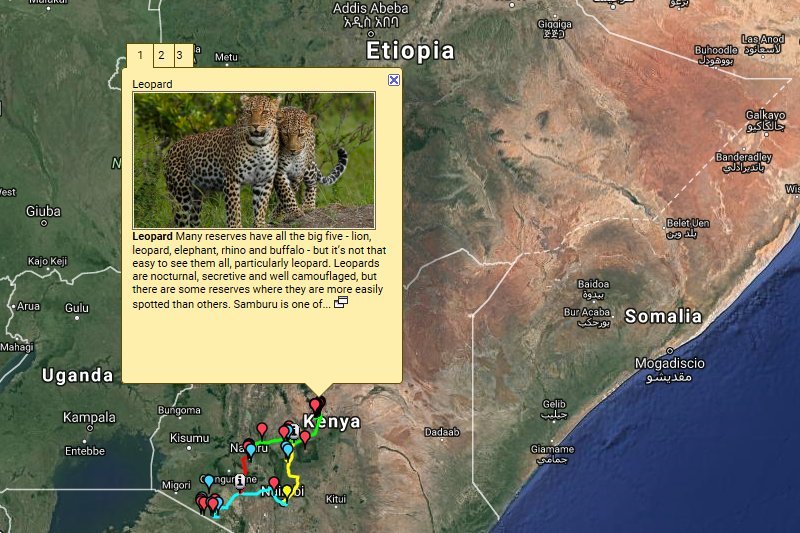